Optional whether to give, therefore optional where to give?

A blog post by Theron Pummer, cross-posted from the Practical Ethics blog at his request. 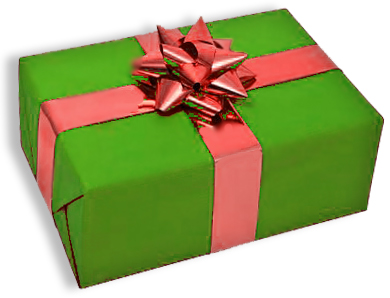 It’d be wrong of you to refuse to greatly help others (save lives), if the cost to you of doing so were very small (muddied shoes).  But how much are you morally required to sacrifice, for the sake of helping others?  At present, there’s significant disagreement among moral philosophers about this, but most would agree that we – those likely to be reading this post – are morally required to give substantially more to help others (especially those living in extreme poverty) than we currently do.  As Larry Temkin noted in an engaging talk, in just one year Americans spent $306 billion on philanthropic causes; but the majority of this money went to religious institutions, alma maters, etc., and at best only $13.3 billion went to aiding people in extreme poverty.  Compare this with:  $74 billion spent on toys and sports equipment, $323 billion on tobacco, $457 billion on alcohol, $300-600 billion on soft drinks, chips, and candy, $841 billion on recreation, and $2.7 trillion on eating out at restaurants.  (These figures come from the 2010 US Statistical Abstract.)

According to many, once you’ve given some sufficiently large amount, it is supererogatory to give still more of yours for the sake of benefiting others. That is, it would be permissible and perhaps also morally better to give more, but not wrong to refuse to do this – giving still more would be going beyond the call of duty.  And although they’re in the minority, there are some who think that every act of self-sacrifice is supererogatory, no matter how small the sacrifice and no matter how greatly others would benefit.

Consider a thought-experiment.  There is 1 person drowning in West Lake and 100 people drowning just to the east in East Lake.  If you were at the same latitude as these lakes, it’d be virtually costless to save the 1 and virtually costless to save the 100, but impossible to save all 101 (you can launch a rescue boat into one lake or the other).  Unfortunately you’re 50 miles south of the lakes, and it’d cost you $200 (including inconvenience) to travel up to them.  Assume it’s supererogatory to incur the $200 cost to travel north.  Nonetheless, it seems that if you did travel north and were at the same latitude as both lakes, you’d be morally required to save the 100 people in East Lake over the 1 in West Lake.  (Once you’re up there, it feels like you’re in a simple “save the greater number” case.)  In this example, it’d be morally optional whether to travel up to the lakes, but not morally optional where to offer assistance once there.  (See note 2.)

In response, I could revise the thought-experiment:  West Lake and East Lake are 100 miles apart, and you’re right in between them.  You could pay $200 to go west (where you could virtually costlessly save 1) or you could instead pay $200 to go east (where you could virtually costlessly save 100).  Again, you can’t save all 101.  Again, we’re supposing it’s morally optional whether to incur the cost of $200 at all.  But it doesn’t follow that if you are going to incur this cost, it is morally optional whether you head east or west.  On the contrary, it seems that if you are going to incur this cost and end up at one lake or the other, you are morally required to go east where you’d do much more good.  And this does appear analogous to situations we’re often in with regard to charitable donation.  While you might not be morally required to give your $200 to charity, if you are going to donate it, and you have the choice between a charity X that would use it to save 1 life and a charity Y that would use it to save 100 lives, you should donate to charity Y (see note 3).  (Where this “should” entails that it would be wrong of you not to donate to charity Y.)

One might reasonably ask what it is that ultimately makes it permissible not to donate the $200 at all – for it could turn out that whatever this is would in turn make it permissible to donate to charity X as well as permissible to donate to charity Y.  I believe a defensible answer is that your own well-being (and perhaps also the well-being of those near and dear to you) generates special permission for you to act in a way that is not optimal from a fully impartial perspective.  Perhaps you’d be permitted to save yourself (or your loved one) over 100 strangers.  But suppose you’ve decided to donate your $200 to “charity,” where this refers to a long disjunction of particular charities A, B, C, …X, Y, Z, none of which would, if donated to, benefit you (or anyone near and dear to you).  Indeed, this is a fairly realistic situation for donors to find themselves in – as so many charities help distant needy strangers.  Thus we can see that it doesn’t follow from the claim that it’s morally optional whether to give that it’s morally optional where to give.

Finally, as before, there remains the simple point that, while you may have a desire to donate your $200 to yourself over giving it to charity, your desires themselves may be neutral when it comes to selecting between particular charities A through Z.  This happens often enough.  And so in these cases permission not to donate wouldn’t imply that it’s permissible to donate to any charity, given that one does choose to donate to charity.

Many people give to charity (and not just to “charity” but also to friends, family, etc.) not on the basis of mere desires, or whims, but on the basis of deep emotional connections and commitments.  Perhaps the basis of your permission whether, and where, to give isn’t simply a matter of your desires, but rather of what’s close to your heart.  Perhaps deep emotional connections can generate such permissions.  But first, even if so, this wouldn’t support a general inference from “permissibility whether to give” to “permissibility where to give,” since there will remain cases in which your emotional connections are neutral with respect to the particular charities you can donate to.  And second, surely there are limits on the sort of permission that emotional connections could plausibly generate – they can’t plausibly permit you to act in ways that are much worse from an impartial standpoint.  Return to the West Lake versus East Lake example.  Suppose you’ve worked as a lifeguard for West Lake for many years, and have a serious emotional connection and commitment to helping people there.  You can save 1 person drowning there, or save 100 people drowning in East Lake (all strangers to you).  It seems implausible that the fact that helping people in West Lake is closer to your heart could permit you to save the 1 over the 100.  Should it matter if we replaced “helping people in West Lake” with “helping people in the United States” or “helping people who have suffered from some illness you’re especially emotionally connected to (such as cancer)?”  I do not believe so.  But just how strong must the emotional connection or commitment be to generate significant permissions whether and where to give, and just what are the limits of the permissions generated?  These are difficult questions I won’t be able to settle here.

I’ve been discussing where you should donate your money, assuming that it’s permissible for you not to donate to charity at all (either because you’ve already given so much or because the duty of beneficence is very undemanding).  I’ve argued that at least as long as you’re donating to charities that are equally good from the standpoint of your own interests (and the interests of those near and dear to you, and your desires, and what’s close to your heart), you should donate to the ones that do the most good from an impartial standpoint.  The moral option not to give to charity at all doesn’t entail that it’s morally optional where to give.  But for all that, probably most of us would have to give considerably more before the moral option not to give kicks in.  I suspect the truth is that the duty of beneficence is pretty demanding by comparison with commonsense standards, and that few of us really do give enough.  I doubt I do.

1.  Some qualifications:  First, I am not here discussing legal options or rights; if there weren’t and ought not to be laws compelling people to donate money to Oxfam, this wouldn’t settle the question of whether it’s morally optional to donate there.  Second, though the following discussion is couched in terms of saving lives, it’s highly debatable whether life-saving charities are best from an impartial point of view.  Arguably, charities that primarily improve quality of life (such as deworming charities) are better.  It’s also worth considering charities that focus on animal well-being.  My examples could be revised accordingly without damage to the main argument.  Third, I recognize that there is a lot of uncertainty about what charities are best or “do the most good” from an impartial point of view.  More radically, it may be indeterminate which are best, or perhaps none is best but several very good charities are on a par; I believe the main points of this post are consistent with these possibilities.  Importantly, it remains the case that some charities are much better than many others.

2.  I’m not the first to offer examples illustrating this point.  In The Limits of Morality (p.16), Shelly Kagan imagines that you find a building on fire, and are told that someone may still be trapped inside.  Plausibly, it is permissible for you not to enter the building to try to rescue them.  Suppose, however, that you do enter the building and find a child and a caged bird; you can rescue one or the other, not both.  Plausibly, it would be wrong to save the bird rather than the child, though it would not have been wrong for you to have refused to save the child by refusing to enter the building out of concern for your own safety.  (In Kagan’s example the cost to you is much greater than the cost to you in the lakes example, as well as greater than the cost to you in more everyday cases of donating to charity.)

3.  Typically it costs considerably more money than this to save lives.  Arguably the most cost-effective life-saving charity (the Against Malaria Foundation) saves a life roughly every $3,000 received.