When you shouldn't use EA jargon and how to avoid it

For this weekend's EA Global Student Summit I wrote a short talk about jargon that's popular in the EA community. It covers:

Folks liked it on social media and jargon has been a regular topic [EA · GW] here on the EA Forum, so I thought I'd share.

Open commenting is enabled on the Google Slides so you can respond to specific points! 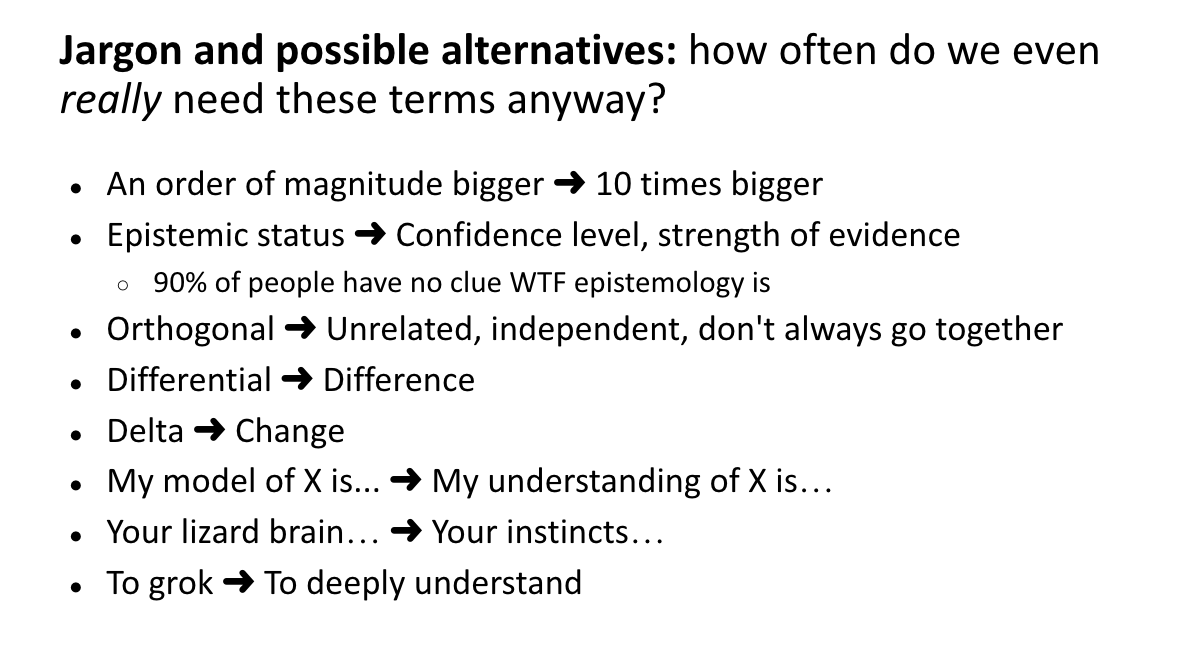