A cause can be too neglected

Effective Altruism movement often uses a scale-neglectedness-tractability framework. As a result of that framework, when I discovered issues like baitfish [EA · GW], fish stocking [EA · GW], and rodents fed to pet snakes [EA · GW], I thought that it is an advantage that they are almost maximally neglected (seemingly no one is working on them). Now I think that it’s also a disadvantage because there are set-up costs associated with starting work on a new cause. For example: 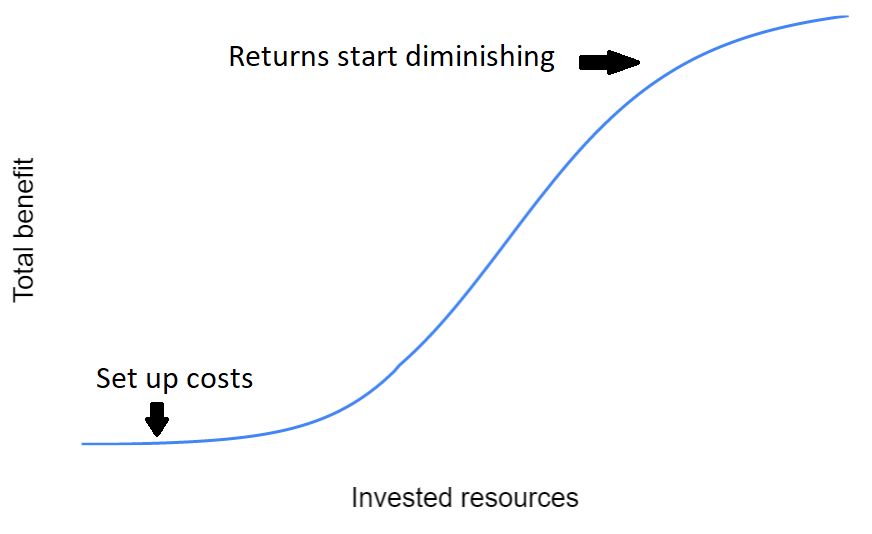 Now let’s imagine that someone did a cost-effectiveness estimate and concluded that some well-known intervention (e.g. suicide hotline) was very cost-effective. We wouldn’t have any of the problems outlined above:

Note that we can still use EA-style thinking to make interventions more cost-effective. E.g. fund suicide hotlines in developing countries because they have lower operating costs.

We don’t want to create too many new causes with high set-up costs. We should consider finding and filling gaps within existing causes instead. However, I’m not writing this to discourage people from working on new causes and interventions. This is only a minor argument against doing it, and it can be outweighed by the value of information gained about how promising the new cause is.

Furthermore, this post shows that if we don’t see any way to immediately make a direct impact when tackling a new issue (e.g. baitfish), it doesn’t follow that the cause is not promising. We should consider how much impact could be made after set-up costs are paid and more resources are invested.

Opinions are my own and not the views of my employer.