In March the members and friends of the Czech Association of Effective Altruism (CZEA) met for a weekend long intense retreat (you can read more about CZEA in this post). We would like to share our experience in case any EA group was interested in doing something similar.

Our goals for the retreat were, in order of importance

Based on extensive questionnaires (EA people are willing to fill them up even if they are long), the event seems to have had impact on the goals.

The event ran from Friday evening to Sunday noon.

There were 25 participants in total (and 8 more cancelled applications), half of them already active in CZEA. Others were already familiar with EA basics.

Mixing. The natural order of things in social groups tends to be assortative matching. In the case of an EA retreat, it may mean the more senior members talking more among themselves, and the new members also. This should be prevented. As a lot of things are best learned by osmosis and implicitly, it makes a lot of sense to arrange the activities in such a way that there are opportunities for this to happen.

Dramatic arc. People enjoy an event more if it fits human-compatible narrative structure. For example, if you imagine the intellectual intensity or the emotional intensity as the function of time, it can build up, have some climax, fall down, have some much small peak just before the end.

Rhythm. Hard to describe formally, but if activities are structured in a good way, people get closer to the state of flow, are less tired, learn better.  Think about the state of mind you want the participants to be after an activity, and if the next activity fits.

Do not be afraid of intensity. 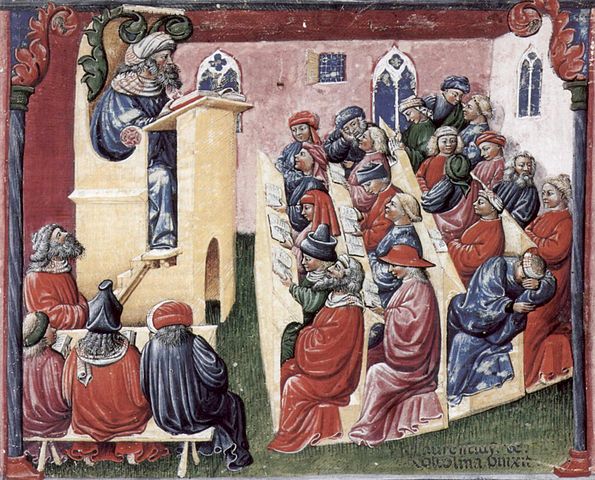 Guided by the goals, we brainstormed an overabundance of activities. Guided by the design principles, we created a program. We re-checked if the program seemed to be aligned with the goals. (About ½ of the initial ideas did not get into the final program)

Here we list all the activities, our reasoning for their inclusion, their rating by the participants on 4 scales - total utility, fun, learning new ideas, and networking (U,F,L,N). Sometimes we comment on experience gained after the event from feedback form or our impressions. The graphs adjacent to the topics show rating on a scale from 1 (bad) to 5 (good), to emphasize the difference the scale of the plots is from 1.5 to 4.8.

We hope it will be inspirational, but definitely should be changed based on goals of your event, the audience, and unique opportunities arising from the people present. We hope the feedback scores could work as a rough guide how an activity may help a specific goal.

We paid for a high quality all vegan food. Also snacks and tea were available during the whole event. Investing in good quality catering seemed worth it. Good light food and constant availability of drinks allow people to keep concentrated. Snack & tea bar is a natural Schelling point for meeting people.

Operations info. Also useful to introduce rules like “Pacman” (a.k.a. “Open your circles”), “To be continued”, “This is not a classroom”

Double Crux is a CFAR rationality technique for resolving disagreements. There were a few CFAR alumni attending the retreat who were able to teach it.

Reflection: We believe that knowledge of this technique improved the quality of conversation during the whole weekend.

Organizational Structure of the Czech Association for EA (20:50-21:20)

Reflection: Part of the info was unnecessarily duplicated in other talks.

The participants were asked to pick from a list of interesting concepts (e.g. tragedy of commons, toxoplasma of rage, full list here) which ones they would like to have explained to them or explain to others. We matched small groups and had three runs of fifteen minutes long peer to peer explaining.

Experience: From the feedback this was the most popular activity, scoring very high in all the criteria, contributing to all goals.

Reasons for inclusion: Contributing toward the goal of raising knowledge about more advanced EA topics.

Reasons for inclusion: Rhythm, something not so demanding. Also at CZEA we use a whole stack of collaborative tools and we wanted everyone to be able to use them effectively.

Experience: For power users it was boring. 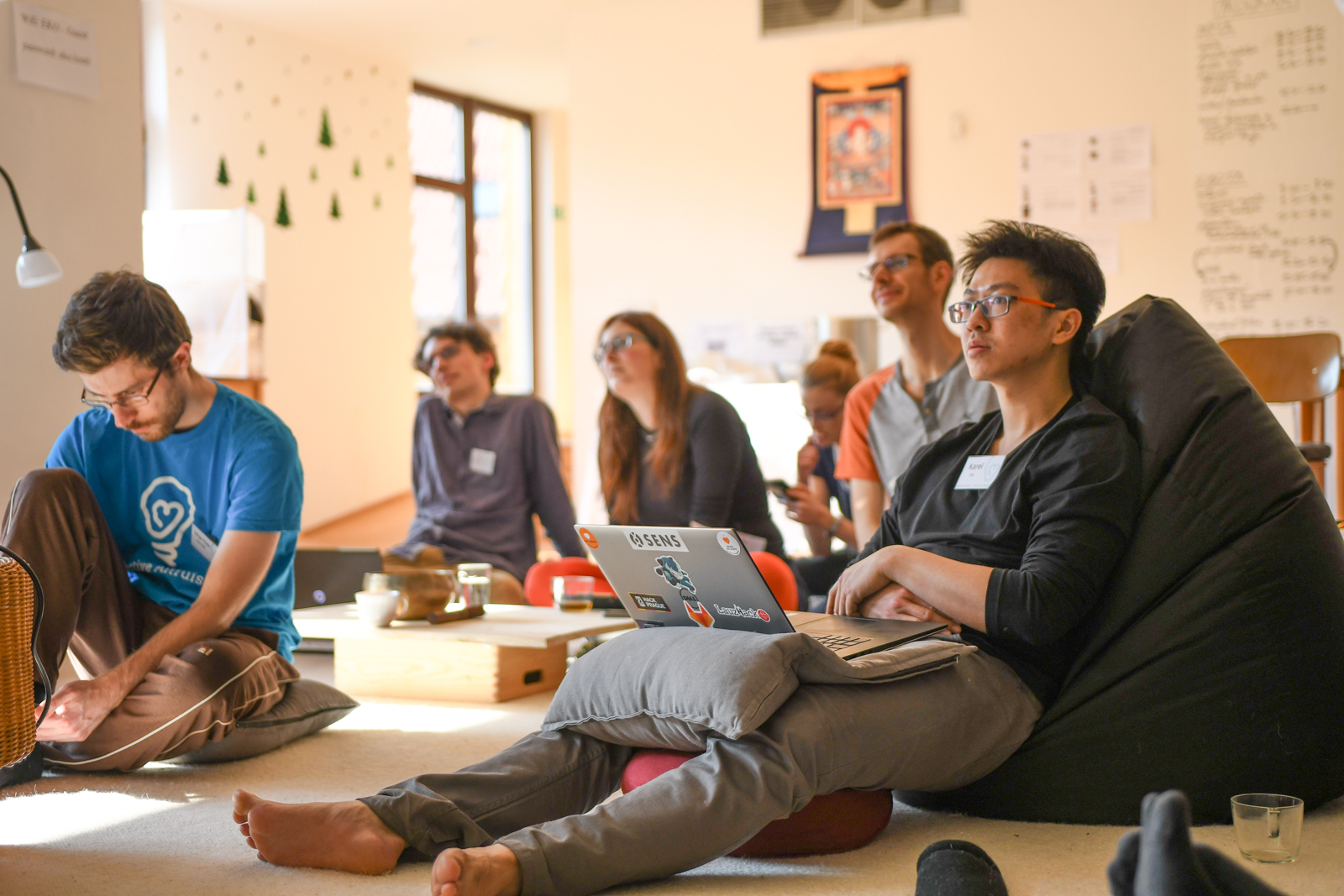 Experience: The feedback scores have bimodal distribution - for some trios it was one of the highlights of the weekend, for some it did not work at all.

Reasons for inclusion: Networking, getting everybody updated, explaining what we do for new members.

Experience: Would be better to join this with “Job fair” which we had on Sunday. 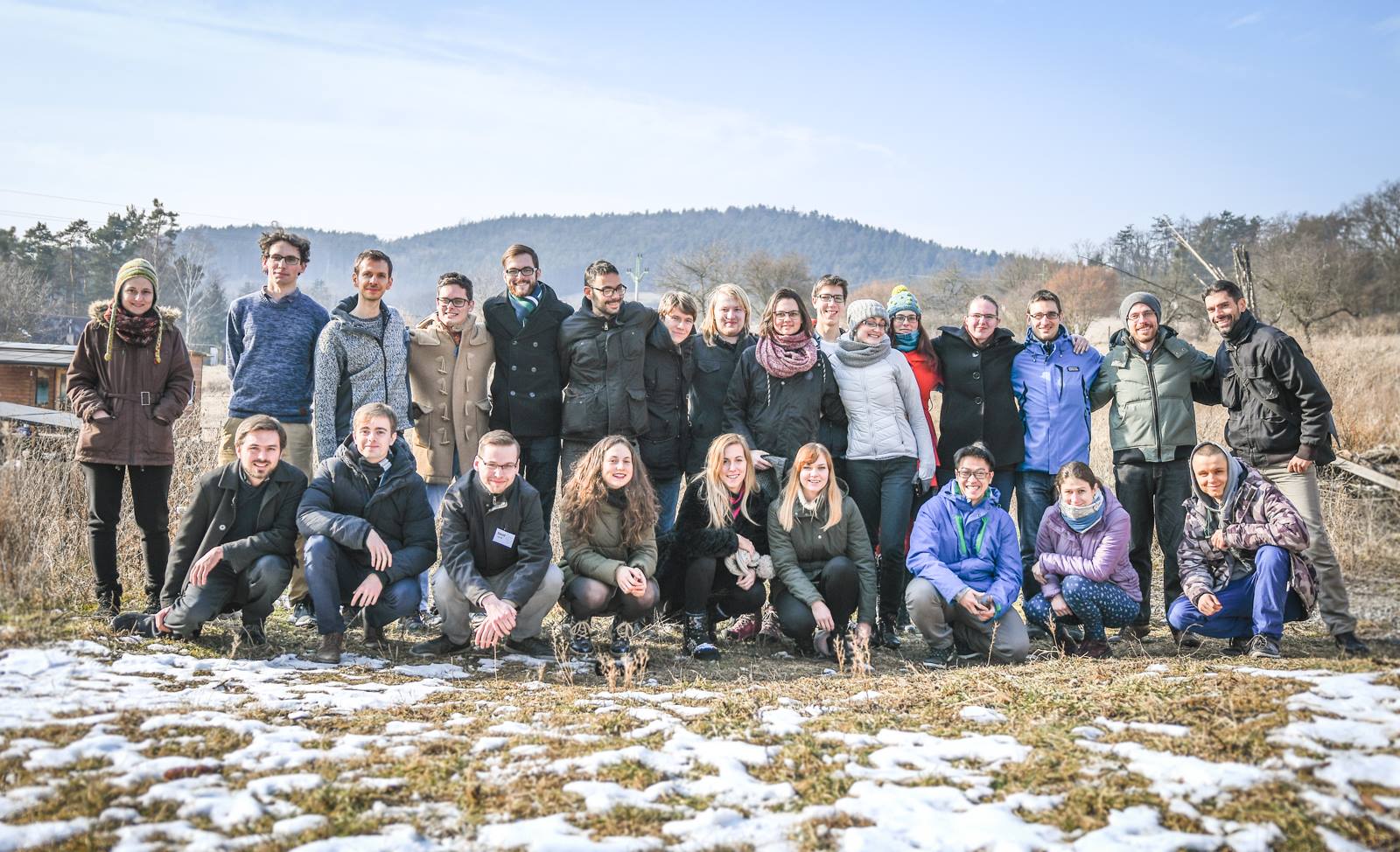 Reasons for inclusion: Legal. We have to do it once a year.

Reasons for inclusion:  Fun. Have something not-so-serious. Networking.

Talk by Jiří and Anna on topics such as “How to not become a depressive altruist”. Topics covered seems important for the wellbeing of many EAs  (like “how not to become completely obsessed with x-risk”)

Reasons for inclusion: Learning from mistakes. The reason why to do it later in the course of the weekend rather than earlier: it costs fewer weirdness points [LW · GW].

Experience: It was quite funny, people love to learn from mistakes of others.

In this bloc, we split the group to three parts,  based on different topics resonating in the group -  career planning, brainstorming future plans for Czech effective altruism, and training of CFAR style applied rationality. Detailed descriptions would be too long, but generally, all the options were attractive.

Reasons for inclusion: Directly aimed at one of the goals.

Activity based on Forum theatre form. One person acts the role of someone having some serious misconception about EA, the other as an effective altruist trying to explain EA ideas. Members of the audience can suggest different actions for the actors, or come to “stage” and perform their actions.

“Job fair” for volunteering in projects of CZEA

Reasons for inclusion: This seemed the right point where people should make actionable plans for the future.

Experience: This would have been better joined with project introductions.

It makes sense to make this lunch break longer, as a space for informal discussion.

Experience: Some people travelled from far locations and were leaving during Sunday and didn’t stay for the retreat closing.

Filling forms online, bring your own laptop. Super-important for analyzing the weekend impact and improving the next run.

Reasons for inclusion: It is hard to make people fill a >30min form at home.

Promotion: How people learned about the event

Almost all participants learned about the event through one of these  “via Facebook event”, “via CZEA”, “through friends”.

Decisive reasons for actually going, as reported by participants, were:

Total expenses were around €75 per person.

Estimated time spent on planning, activity development and feedback analysis was about 200h, or about 1.5 months FTE.

Vegan food and good tea were appreciated (both rated 9/10).

A gong is a useful tool for organizers.

A ‘networking spreadsheet’ where people could write something about themselves before the retreat was a good thing to have.

Participants liked “the pacman rule”: When you are standing in a group, try to leave a place for one more person so other people can join in more easily.  (rated 4.4/5) “To be continued”, “This is not a classroom” , “Interesting discussion > talk” were somewhat positive (around 3.2/5)

It helped us to have clearly defined goals.

Our mistakes and things to do better

We didn’t prepare an icebreaking activity.

We had only one lecture room with no place to go for people who preferred discussion instead of listening to a lecture.

The level of talks and discussion was sometimes chosen to fit the least informed person. We could include more advanced topics. (The plot show answers to question Was the program easy or difficult? 1.. very easy 10… very difficult)

We didn't account for the "fun peak" at Saturday evening, leading to somewhat unexpected mood.

People were leaving during Sunday and didn’t stay for the retreat closing.

We didn’t prepare how to immediately involve some of the newly motivated participants after the retreat ended. Some may have lost interest (we will investigate it further).

The responses were generally positive. At the end of the retreat, participants reported a better understanding of the local organization and its projects and were determined to spend more time on EA-related activities. Some of them already joined our ongoing projects (e.g. planning of a Prague AI Safety conference) and we see more engagement in our community. Also, communities in Brno and Bratislava have become more active after their members attended the retreat.

We will try to track medium-term impact by a follow-up survey after 6 months.

To give voice to participants directly, these were some of the answers from feedback forms :)

What is the most important thing about which I have changed my mind?

What surprised me the most?

Which parts of the program were least useful...?

We took a lot of inspiration and some content from CFAR.

We plan to do a weekend retreat at least once a year for CZEA.

If you would like to organize something similar we would be happy to help you, describe any of the activities in more detail, share materials, etc.

(Note: Feedback data analysis was done and this post was written cooperatively by Anna Gajdová, Jiří Nádvorník and J.K.)